The war in Ukraine: a perspective of a Russian-Canadian mathematician

The Canadian Applied and Industrial Mathematical Society strongly condemns the invasion of Putin’s army into Ukraine. Many of us are rendered speechless by the needless aggression, and the malicious lies spread by state propaganda that are being used to justify Putin’s actions.This war affects many of us directly. CAIMS is home to many Ukrainian and Russian colleagues in applied mathematics, who have become friends and good colleagues. They are put in a terrible situation. Here is the open voice of one of our members (name withheld to prevent eventual repercussions from Putin’s government). 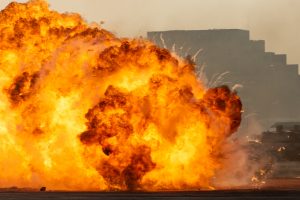 (Pictures from unsplash, with permission.)

Who could imagine bombings of European cities in the 21st century? Can we think of bomb craters instead of potholes in our roads? People coming home from work to find out they have no home any more? High rise apartment buildings on fire? Families with children spending nights in subways and basements? I want to wake up from this nightmare with a sigh of relief… but apparently this is the reality. As my colleague put it, “what is happening in Ukraine is so tragic that it defies any logical explanation.”

My wife and I spent half of our lives in Moscow; we grew up and studied there, and then moved to Canada in early 2000 to continue studies and practise science. A lot of ties remain with both Russia and Ukraine; I have close colleagues, friends, and research collaborators in both countries. Long before this war started, I have been closely following the situation: how the tension built up, how propaganda began to work, how it poisoned minds and finally expanded to fully replace an independent press. Yet we were all hoping for relatively civilized developments. 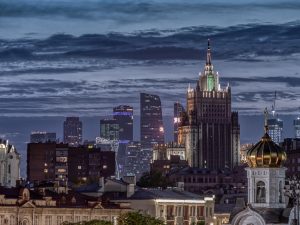 Being Russian, it is hard not to feel ashamed for what is taking place, even though we have no part in nor any support for this aggression. Indeed, this is not a war of the Russian people against the Ukrainian people. It is Mr. Putin’s war. First of all, president Putin has not really been elected by the nation. He has elected and re-elected himself, using the “party” he created to help run the country according to his orders. Second, it is becoming evident that Putin and his surroundings live in their own imaginary world, in terms of how they view history and current realities. I listened carefully to the pro-war position voiced by government officials. It was well presented and argued, but based on rather strange presuppositions. In their picture of the world, Ukraine never was a nation but rather a province of the old Russian empire and then the USSR; Ukraine has no culture or vision of its own; it is being run by nazis and drug addicts (these terms were used exactly) installed by NATO; Ukrainian people desire liberation. The multi-year propaganda played a cruel joke on Putin and his comrades: it looks as though they came to believe it themselves. 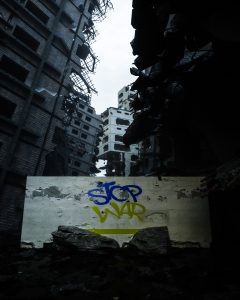 Russia is currently a dictatorship, where anyone who stands up to voice an opposing opinion or to protest the status quo is thrown into jail; posts in social media and even Facebook “likes” lead to fines and job losses. While opposition to Putin remains, few can afford the heavy costs imposed by the regime.  Most people have families to care for and cannot afford to risk the lives of their loved ones, especially when they have little hope of their protest leading to any success. Independent data indicates that the majority of Russia’s population, including basically all educated people, is against the war, but can do nothing against the large and efficient suppression machine. All scientists I know are against the war; in fact I I have not heard of a single scientist who supports it. (Well, yes, some presidents of Russian universities have signed a shameful joint letter supporting the military action… but this is definitely not the opinion of students and faculty.) The vast majority of young people in Russia are also openly against the ongoing war.

I am happy to see some Canadian organizations publicly stating that what is happening should not be called a “Russian invasion,” but rather something like “the Putin government’s invasion.” It is indeed so, and this war is harming Russian people as well. Businesses, industry relations, and collaborations that were being carefully built for decades have been destroyed within days; specialists and scientists are massively leaving for wherever they can go; the young generation is losing hope for the future they were dreaming of. All one wants to say is “Stop Putin. Stop the war.”

As we all remember, in the worst periods of the 20th century, including the Cold War, it was scientists who could communicate relatively freely and honestly and remain friendly amidst hatred and fear, because truth and understanding don’t depend on a political agenda. I hope that the rest of the world provides all possible support to Ukrainian scientists and students so that they can continue with their lives, studies, and research. I also hope that the scientific community does not turn away from Russian scientists who have already lived through years of Putin’s regime, facing vanishing budgets for science and education, miserable salaries, lack of freedom of speech, under-financed labs with no proper equipment, and so on. For many of them, international collaborations provided the only inspiration and support, and in many cases, the ability to do research itself. So the political pressure on European and North American academic institutions to stop scientific interactions with Russian collaborators, while emotionally justified, is misdirected. On the contrary, let us think how we can encourage and support our colleagues who, in fact, hold the very same views and values as we do here, and need our support.  Furthermore, they obviously have nothing to do with Putin’s invasion. 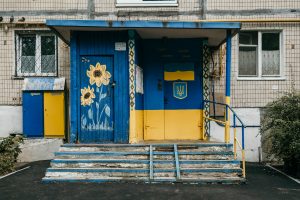 I am convinced that Ukraine will be victorious: its people are fighting a patriotic war. My hope and prayer is that this terror ends soon; already the death and destruction inflicted will take generations to heal.  As a human and a scientist, I want to extend my hand to all suffering people, and specifically to all colleagues in Ukraine, Russia, and beyond, in the hope that we can transcend all borders and division lines through our mutual respect, support, and empathy for each other.