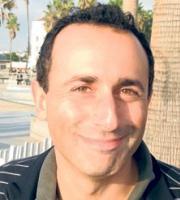 The Canadian Applied and Industrial Mathematics Society (CAIMS) and the Pacific Institute for the Mathematical Sciences (PIMS) are pleased to announce that Professor Adam Oberman of Simon Fraser University has been selected as the recipient of the 2011 CAIMS/PIMS Early Career Award in Applied Mathematics. This award recognizes exceptional research in any branch of applied mathematics where the recipient is less than ten years past the date of Ph.D. at the time of nomination.

Professor Adam Oberman is an exceptional researcher who ranks among the top young applied mathematicians in the world today. Oberman brings his abilities as a mathematical analyst and computational scientist to bear on some of the most difficult and timely problems in nonlinear partial differential equations (PDEs). He has made fundamental contributions to a diverse set of problems in this field, including numerical methods for nonlinear PDEs, numerical solvers for the Monge-Ampere equation, and numerical homogenization. His work is having a profound influence on a number of problems in mathematical analysis and numerical computing.

The award consists of a cash prize of $1,000 and a commemorative plaque that will be presented at the CAIMS Annual Meeting at Vancouver, BC, Canada on July 18-22, 2011. Professor Adam Oberman will deliver a plenary lecture at the meeting as part of the award ceremony.