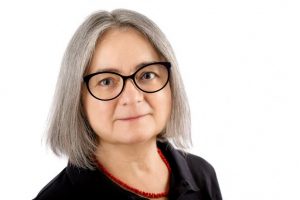 The Arthur Beaumont Distinguished Service Award is presented to Dr. Anna Lawniczak of the University of Guelph in recognition of her outstanding service to the Society over the years 1996 to 2003, including four years as President. Dr. Lawniczak’s legacy to the Society includes a new constitution, incorporation under the Canada Corporations Act, a change of name of the Society reflecting greater involvement in industrial mathematics, new liaisons with other national and international applied mathematics societies and the first CAIMS-SIAM joint Annual Meeting.

Prof Lawniczak has been an active member of CAIMS:

Department of Mathematics and Statistics,
University of Guelph,
Guelph, ON, N1G 2W1